Cj will be playing on Mi-House Radio, the new Soulful House Station from the UK

As Nietzsche put it: “Without music, life would be a mistake.” There is no mistake where Cj Cooper stands.

Ever the consummate connoisseur, the uplifting sounds of Soulful House and Disco is where Cj’s musical rapture lies, stemming from the tunes that he started playing circa 1994 in his home county of Essex. He swiftly began to gain club experience in his local area as well as further afield with appearances in Shoreditch and the West End of London. 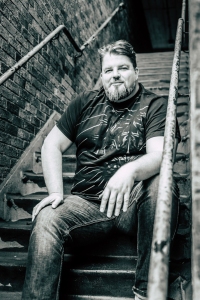 After taking a few years break as a musical maestro Cj returned to his primary passion in 2012 with a long standing residency at the Eagle in Vauxhall, where he supports the renowned LGBT Nights. Fast forward to last year and Cj played gigs alongside luminaries and legends like the late great Paul ‘Trouble’ Anderson, Mousse T., Bobby & Steve, Melvo Baptiste, Horse Meat Disco and Joey Negro to name just a few.

He is also a resident at the famous Brighter Days Events in Cambridge and a guest resident at the Prince of Wales in Brixton, where he has recently played ‘up on the terrace’ with Norman Jay MBE and Crazy P.

Besides his gigs, you will be able to listen him live on Mi-House, the new house music station from Mi-Soul where he is about to embark on his new adventure.