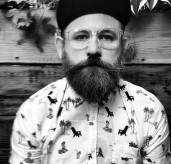 DJ Tommy D Funk began his music career back in the early 1990’s, in some of Manchester’s most famous clubs. He was influenced by the house and dance music scene that was beginning to explode in Manchester. He began DJing at a local Manchester pub and then went on to win a DJ competition at Dry Bar 201, the sister bar to the renowned club, the Hacienda. He began a successful residency at Dry Bar 201 for over a year where he spun deep, funky, and soulful UK/US house music. His energy and mixing skills revved up the crowd and caught the eyes of Hacienda influencers, Angela Mathews and Leroy Richardson.

He began a weekly residency at one of dance music’s most influential club, the Hacienda. He moved the crowd with US influenced house tracks (i.e. Strictly Rhythm, Nervous Records, and Nu Groove etc.). While at the Hacienda he DJ’d alongside Greame Park, Derrick May, CJ Mackintosh, Roger Sanchez and Tony Humphries just to name a few. His career began to evolve and soon he would leave the shores of England for Seoul, Korea. In Seoul, he was exposed to the international dance music scene where he crafted and tuned his DJ skills.

After his time in Seoul he set his sights on New York City, the epicenter of the dance and house music scene. In 1998, he headed for New York City and landed his first DJ gig at then hot spot, Cheetah Club. He then brought his talent and tunes to Centro-Fly working with dance scene promoters, GBH (Greatest British House). At Centro-Fly he DJ’d with some of the greatest house DJs; DJ Marshall Jefferson, Kerri Chandler, Lenny Fontana, CJ Mackintosh, Robert Owens, Dennis Ferrera, Miguel Migs, DJ Disciple and Eric Kupper.
DJ Tommy D Funk has been DJing in New York now for over 15 years and have DJ’d at some of New York’s dance music institutions; Cielo, Sapphire Lounge, Discoteque, National Underground, Centro-Fly, Cheetha Club, Barrio 47, Avalon, Le Souk, The Late Late Bar, The Bowery Ballroom, The White Room, Leopard Lounge, Sin Sin and Sullivan Club. He has charmed NYC club-goers with his English charm and style and will continue to spin deep, funky, and soulful house. For His Show Da Groove Sessions NYC. Bringing You The Very Best In Deep Funky Soulful Underground House & 70s 80s Underground Dance Classics And 90s Acid Jazz Sessions. Also you can catch Tommy D Funk at his Residency in NYC with his  legendary night ‘Sounds Of The Dance Underground’ Also Tommy D Funk is a reviewer for DJ Times Magazine NYC.