Solid in his knowledge of R&B, Rock and Soul, he discovered Disco and House music in high school and felt his immediate kinship

Lee Pearson, Jr. is a music enthusiast with contributions in the entertainment industry to include himself as artist, producer, lyricist, song craftsmen, vocalist, and d.j. He has deep roots and intuitiveness about music which is ever evolving. His musical journey originated with humble beginnings and he continues to operate with that mindset realizing that his abilities within music are a gift to be shared globally. 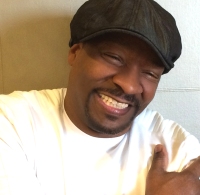 A Chicago native and avid music aficionado, Lee has come forward to share his musical passion and on-going experience with the world via various releases to date. Designated the “family d.j.” at age twelve, Lee often spent his free time spinning records during family gatherings, tinkering with stereo equipment, listening to his favorite music and reading album credits to learn who’s who in the music industry.
Solid in his knowledge of R&B, Rock and Soul, he discovered Disco and House music in high school and felt his immediate kinship. He has enhanced his musical spectrum over the years to include additional genres that appeal to his aesthetic well-being. 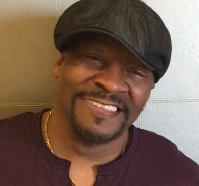 Pearson has had good fortune to collaborate with some of Chicago’s noted dance music pioneers inclusive of Larry Heard (aka “Mr. Fingers”), Marshall Jefferson, Vick Lavender, Dj Quad, and Ron Trent to name a few. He works to build his discography across music styles with positive vibe and commitment to quality as a solo artist or with like-minded team members. His music signature is to present organically and ascend to make the listener feel good.